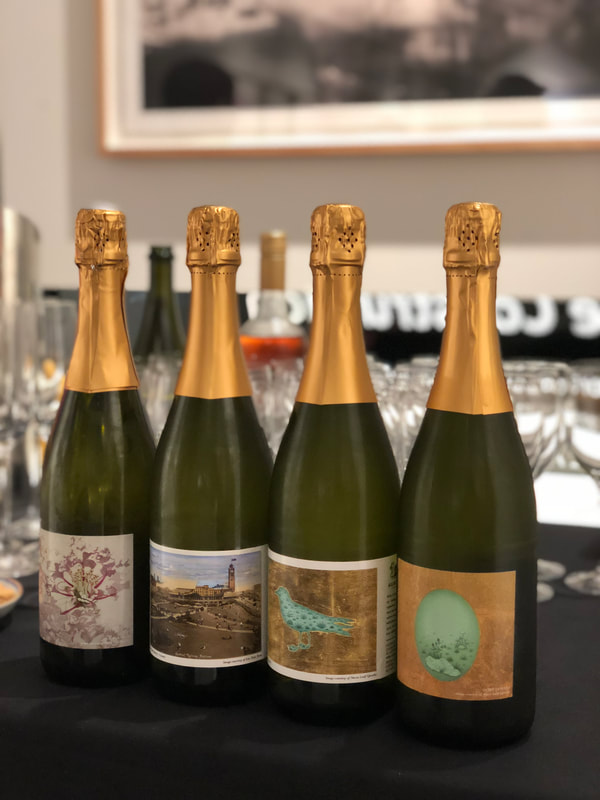 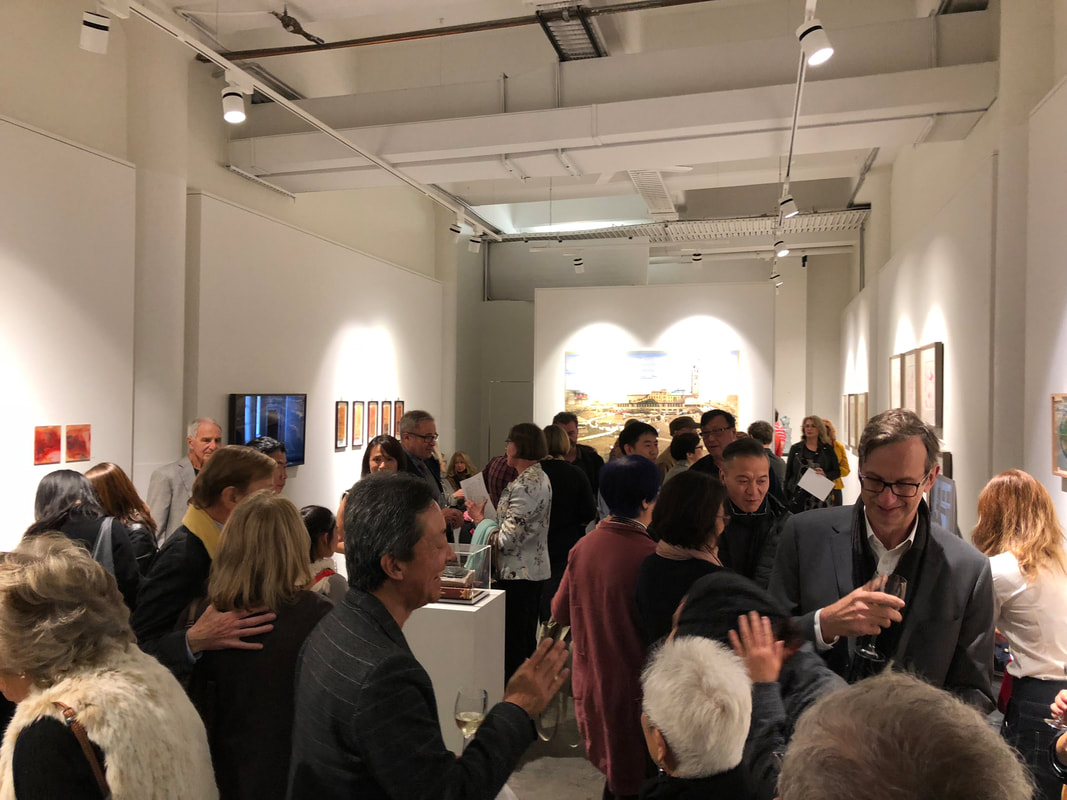 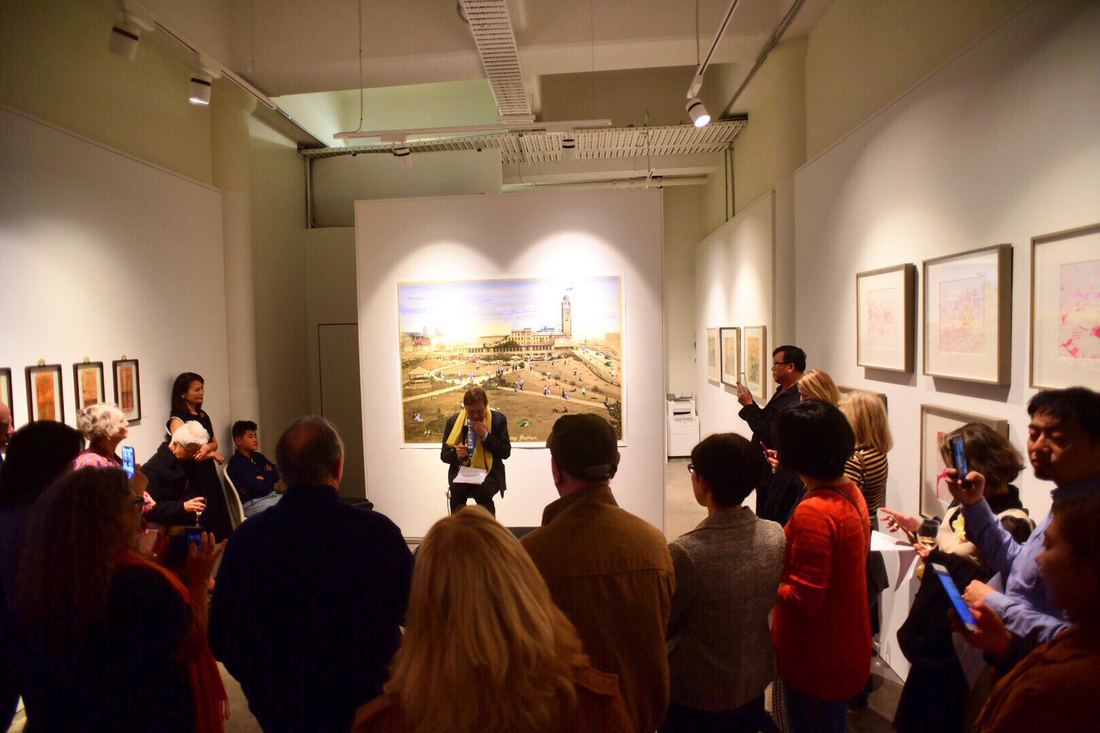 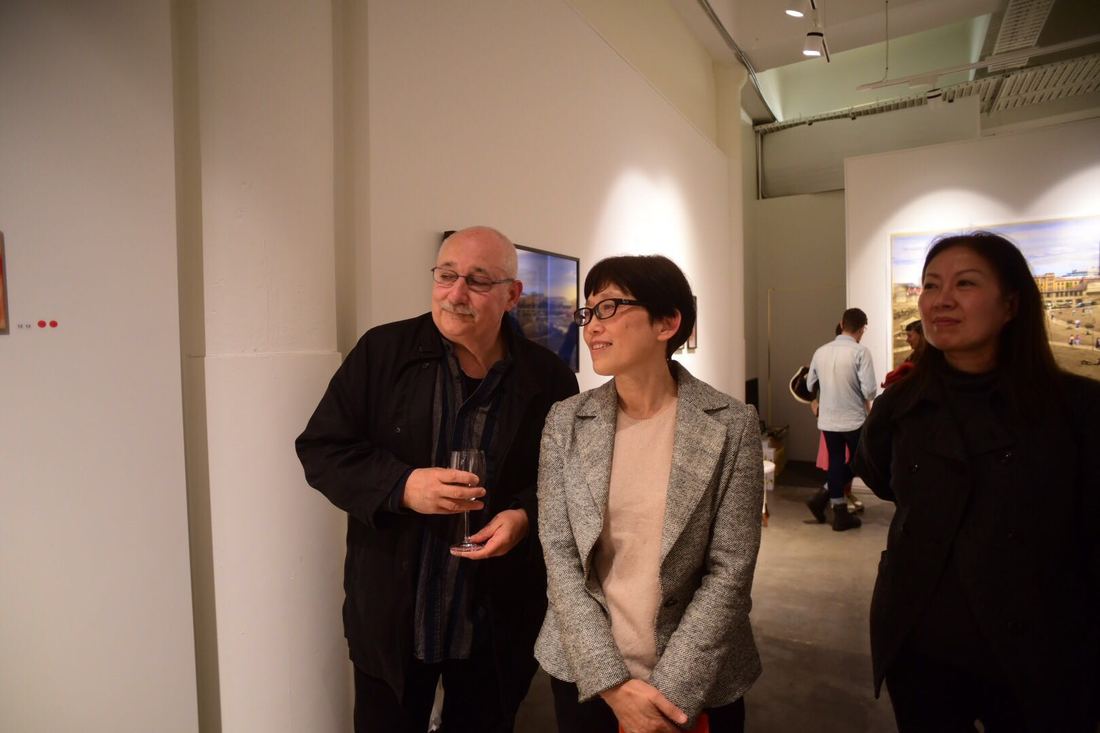 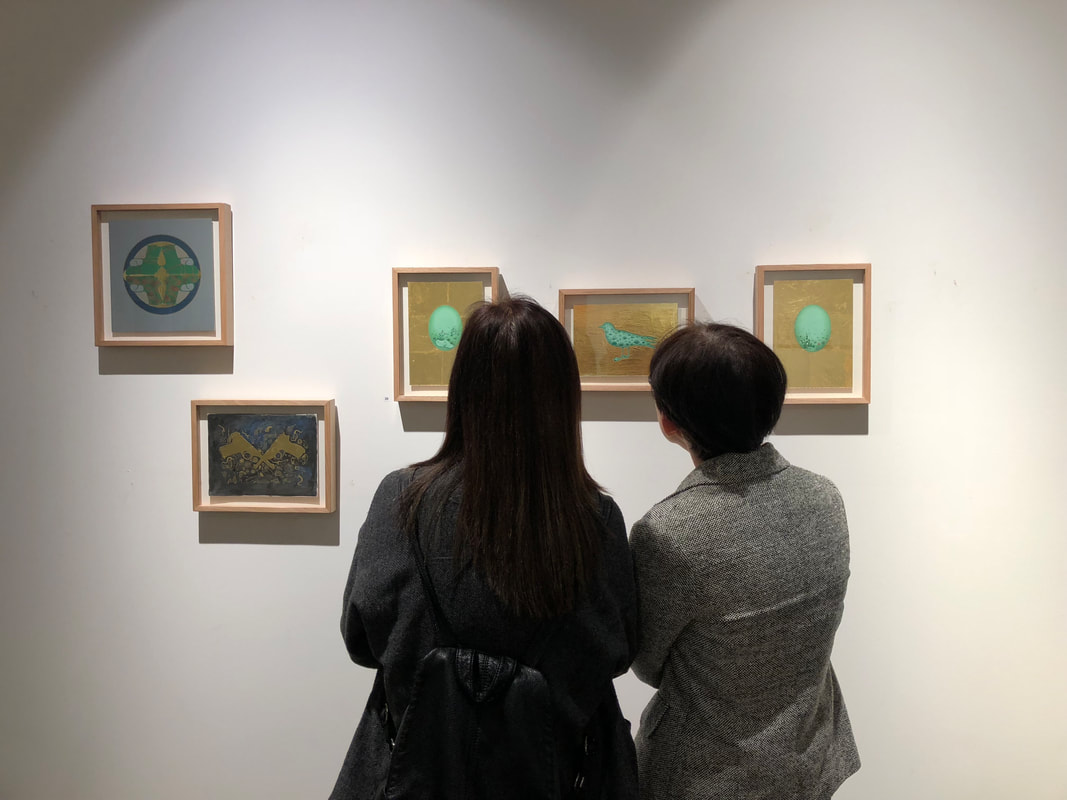 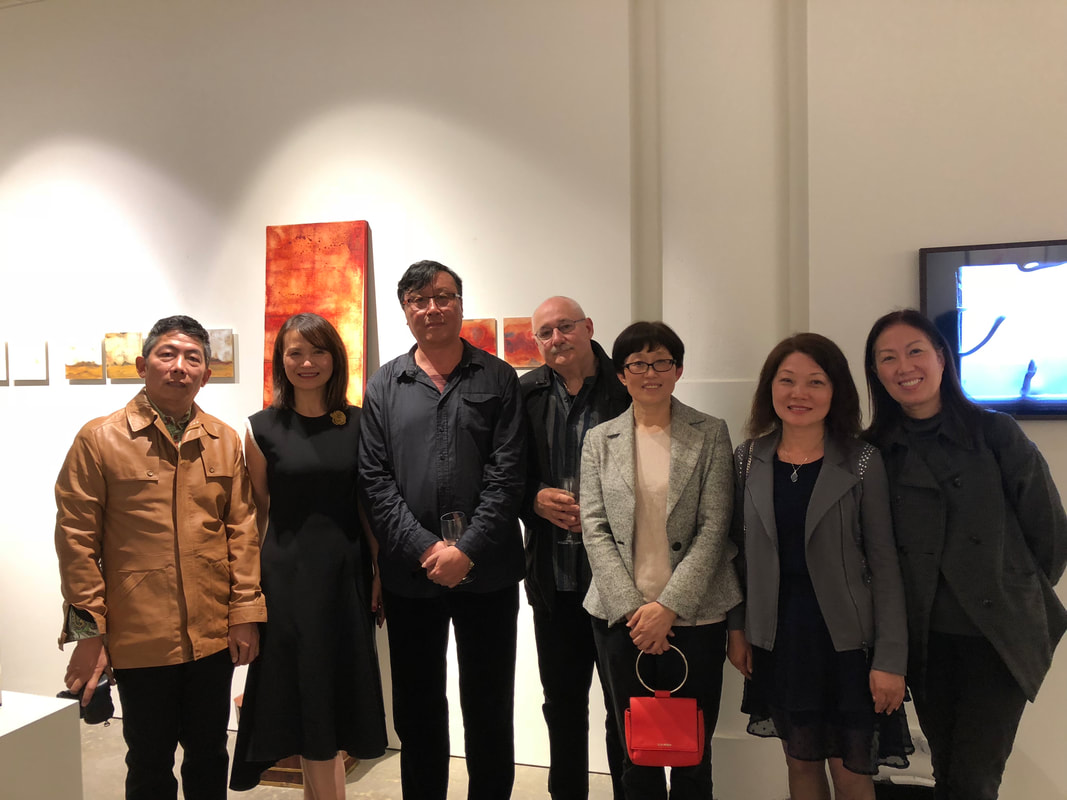 One can obviously see a profound and inevitable affiliation to China in Guan’s work – his loyalty to his inherited culture is beyond question, and then there is that lightness of touch, even whimsy, in the glimpses of his half-adopted homeland here, in Australia.

If you listen to the so often poorly informed utterings of our politicians, some academics and of course the media we hear constantly about ‘multi-culturalism’ as though this is some new late 20th century phenomenon; and not that multi-culturalism has been around for over two millennia – the north of China and north west China two thousand years ago, where no cultural borders existed and peoples roamed those lands more or less at will.   And of course those ancient Silk Roads are the most obvious examples of hugely diverse communities living, trading and working together.   We all know about the great trading centres, such as Kashgar, Xian and Loyang and how cosmopolitan they were – which brings us to our friend Guan Wei.  Is there today any more wonderful and inspirational ‘human metaphor’ for so-called multi-culturalism…than he?

Before a few words about the show he has curated I must say a word or two about our artist turned curator (a temporary measure!) and his work. We all very familiar with his wonderful and richly distinctive work; i have never felt that there is much overbearing ‘message’ about Guan’s work and yet it is replete with narrative, wit and humour and always purpose. There is an underlying spirit of goodness, humanity and optimism in his work.   Those ever so familiar little sperm-like figures of his that playfully romp and gallivant across his compositions; they tell stories, like fairy tales and like all such tales they are not without their little hints of disquiet and contradiction. One can obviously see a profound and inevitable affiliation to China in Guan’s work – his loyalty to his inherited culture is beyond question, and then there is that lightness of touch, even whimsy, in the glimpses of his half-adopted homeland here, in Australia.

There are often, I sense, contrasting sensibilities at work here which one can’t help suspect are inflicting subtle criticism of his native China and some of the country’s current values and attitudes which conflict with Guan’s own emotive, mindful, very human and instinctive values.
And yet for all the hovering little clouds of mystery and lurking uncertainty that may be alluded to his work remains a life-enhancing joy to behold.  His paintings and figure sculptures are redolent with a genuine and refreshing humanity and free of any sense of censure. There is a lightness of touch in Guan’s work that belies a deeply felt seriousness of purpose.

Now to the show he has created – here again he is providing a rich barometer of current change and evolution. He has co-operated with five artists: Nusra Latif Qureshi from Pakistan; Cyrus Tang from HK; Tony Scott from Aus;  Chen Yanyin from Shanghai; and Liu Xiao Xian from China ( Liu is particularly well known to me; he arrived in Australia in 1990 and we acquired for AGNSW two major works by Liu: Our Gods(2000) and The way we eat( 2009).    The artists Guan has selected all come from around Asia but now call Australia home;.bringing with them their inevitably retained cultural memories and histories that have been absorbed into the present experience of living in Australia.-   It isa true mingling of cultural experience, knowledge and appreciation that serves only to enhance tolerance and understanding.
​
And just to demonstrate how topical and pertinent  Guan’s show is; .22 years ago 4A was launched (with Melissa Chiu as the founding director) with its programmes of engagement between Australian artists and artists from the Asian region, including of course artists from Asia who had relocated to Australia. As many of you may recall in those early years China dominated our programmes.

Now it is a very different picture as artists from North Asia, South Asia, Southeast Asia and East Asia have moved here. That positive evolution  is reflected in Guan’s show; our view and embrace of Asia as a vast and varied part of the globe is now recognised and in this process we can see multi-culturalism at work at its most positive and constructive.

Furthermore Guan has chosen a theme; again one that intrigues and is seriously active right now in current thinking.   It is how living organisms evolve and adapt to changing conditions, but here through the works of artists who are themselves responding to those inevitable and evolving changes occurring.    And of course the interaction of peoples of differing cultural backgrounds – ie multi-culturalism – is very much a part of that process.    I happen to believe multi-culturalism can  be very much a positive aid to tolerance and understanding; others may disagree but having spent much of my life in the pursuit of studies of Chinese art and culture and hopefully managed to incorporate all those experiences into my typical and classic ‘Western’ education and culture I am very conscious of the knowledge gained from such diverse studies has only enriched my appreciation, and indeed tolerance and understanding, of vastly differing cultures and values.  The only problem with all this study is that in the end you realise that whilst you may know a little there as far far too much more to learn!   Guan’s show is a gentle reminder to us all of the joy of harmony.

So with that thank you Yeqin, thanks Guan and  我宣布《小生境》展览正式开幕了。