The set of striking mostly large woodblock prints on show was made between 2013 and 2018. The grinning and grimacing bald heads, a recurring theme in his work, point to the artist’s concerns for ordinary people struggling to keep hold of individual identity in contemporary societies, both East and West.

Fang Lijun graduated from the printmaking department of the Central Academy of Fine Arts (CAFA) in Beijing. To make these works he has revived an ancient Asian method of woodblock printing, a complicated and exacting process of carving a ‘negative’ image into a panel, coating the surface in ink and color, and impressing the image onto silk. In doing so he is not only able to create large works with bold visual impact but to bring socialist visual culture into the modern era. 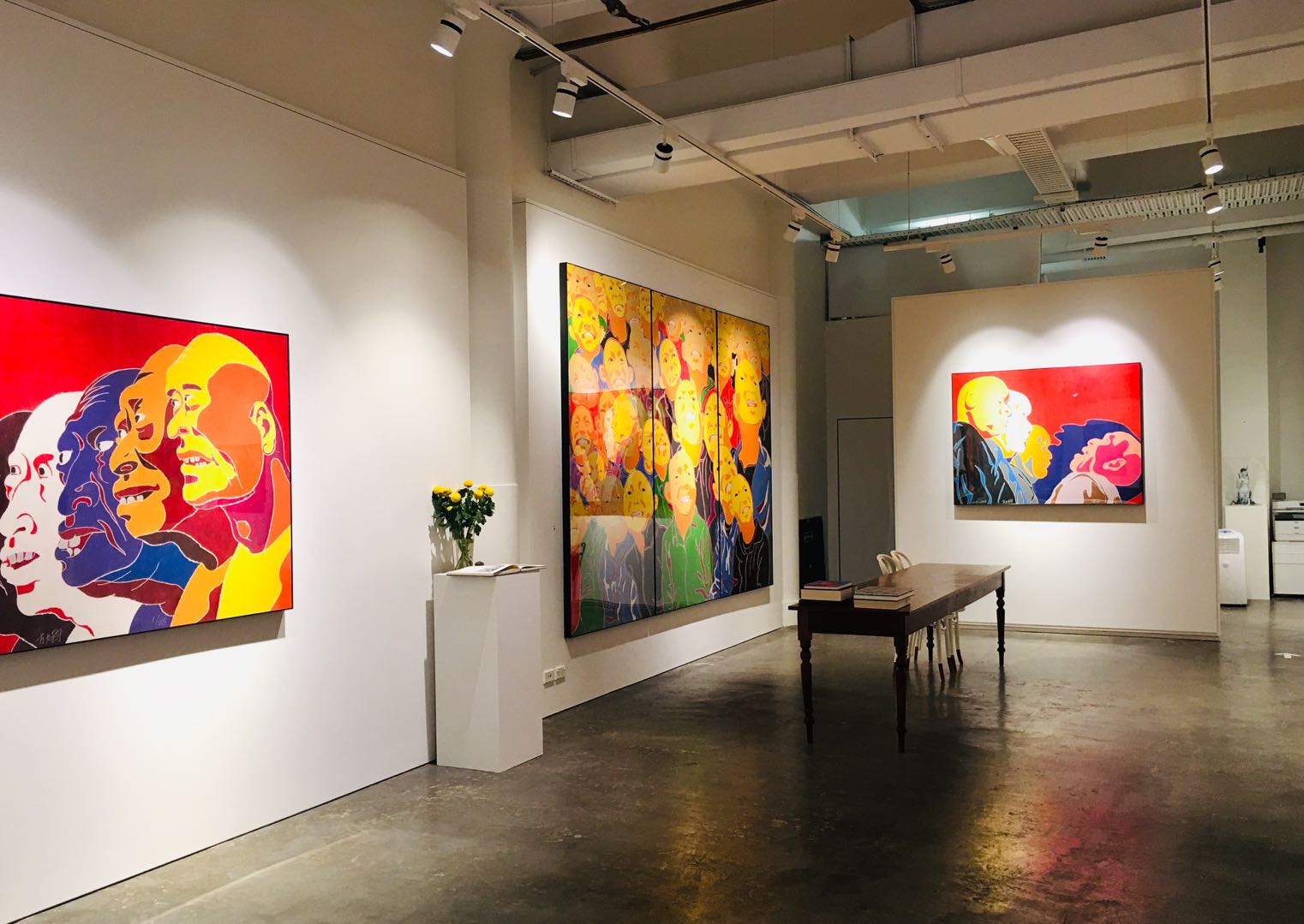 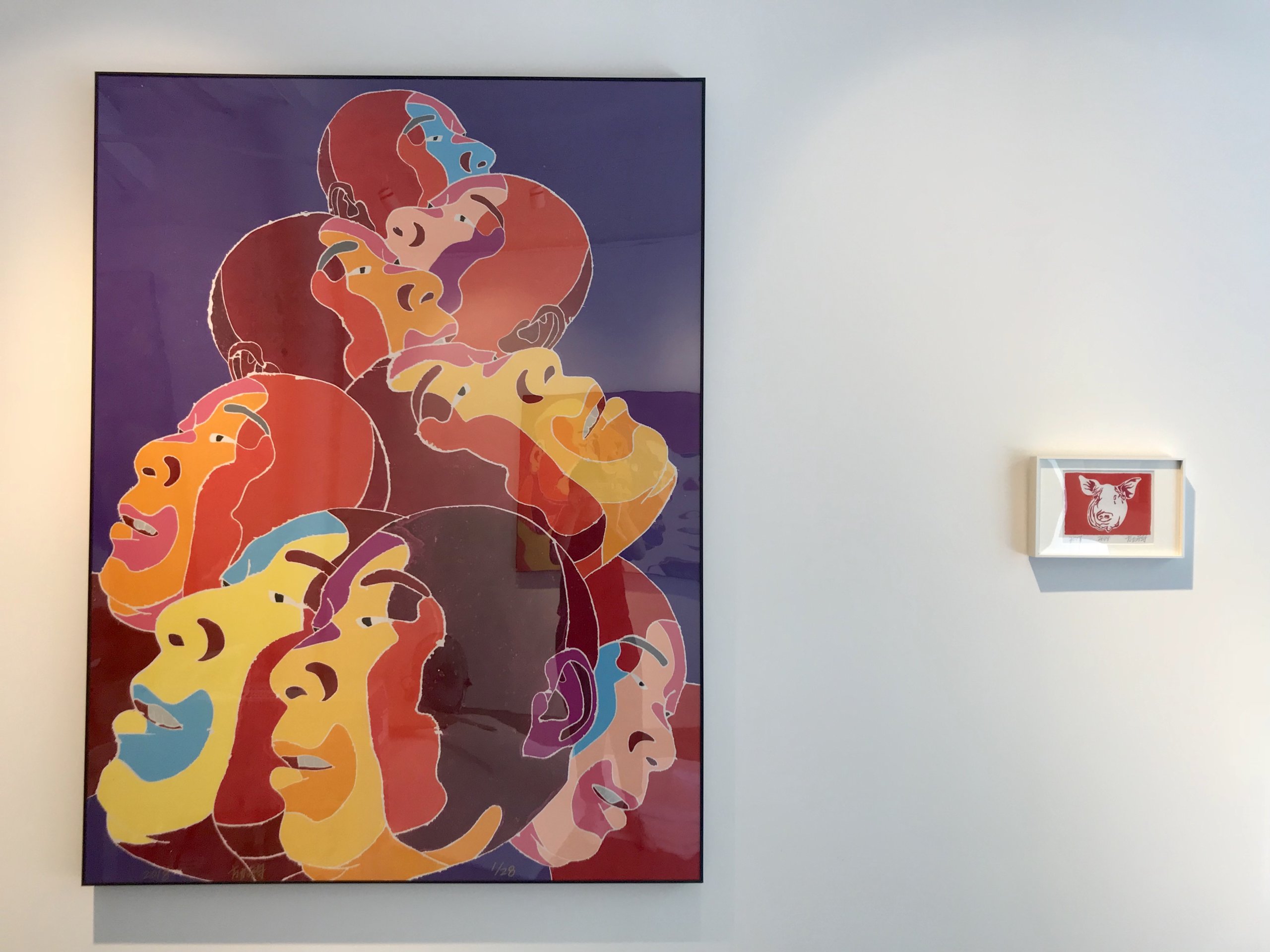 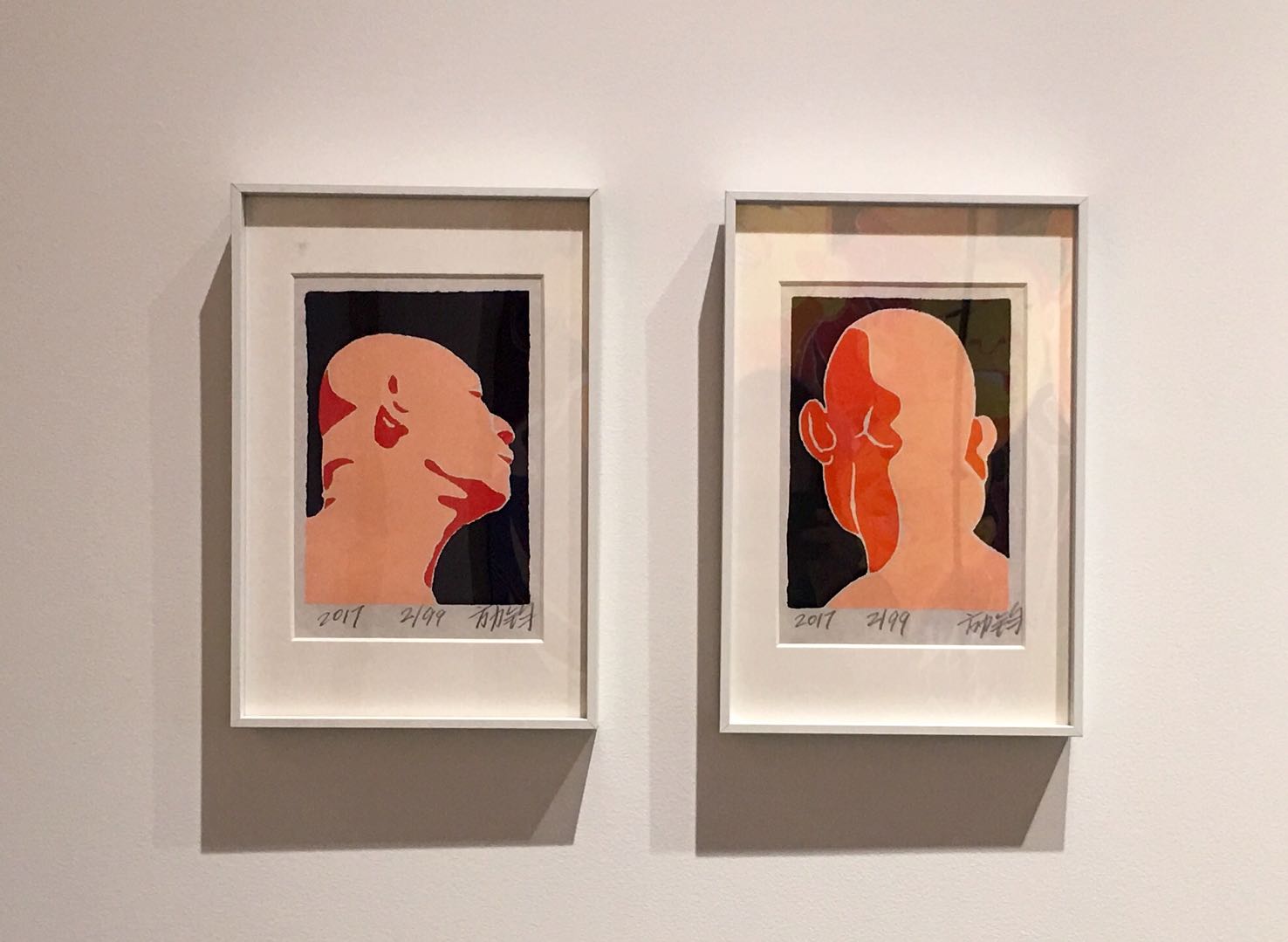 “We may be richer or poorer, eastern or western, but what we have in common overrides those things that divide us.”

A shaven head sends a message but it’s an ambiguous one. The shaven heads of prisoners or monks tell us they belong to an order of humanity removed from the social mainstream. The shaven head of a soldier, a footballer, or indeed a football hooligan, is a badge of aggressive intent. When a businessman shaves his head it denotes a decisive, commanding personality – or at least tries to give that impression.

In Fang Lijun’s work the shaven head is virtually a universal condition. It’s both trademark and self-portrait. But when we are confronted with an entire crowd of bald-headed figures – men, women and children – we’re obliged to see it as a way of stripping away differences, reminding us that we’re all citizens of the same planet, subject to the same overarching forces of history. We may be richer or poorer, eastern or western, but what we have in common overrides those things that divide us.

That’s the positive, humanistic interpretation. When he first came to prominence in the early 1990s, as an exponent of so-called Cynical Realism, Fang seemed a more rebellious figure. The bald-headed clones in his paintings were perpetually leering or yawning, as if the spectacle of China becoming a prosperous consumer society was so ridiculous they could only laugh, or so boring they could barely keep their eyes open. Either way, Fang’s skinheads expressed a scarcely veiled contempt for the glorious new order unfolding around them.

This was a way for Fang, a member of the generation that saw hopes of political change dashed in 1989, to express his feelings about a country that had embraced the free market while keeping a close rein on personal freedoms. For older people in China, that sort of public excitement was nothing new. Under Chairman Mao the masses were continually exhorted to keep “making revolution” while everyday life remained grey and impoverished.

Painting a yawn or a sneer could hardly be classified as a political gesture but it wasn’t difficult to decode such an image. Nowadays, like most Chinese artists, Fang shrewdly disavows overtly political interpretations of his work, and it may be that over time his shaven-headed figure has taken on a broader range of meanings.

Since graduating from Beijing’s Central Academy of Fine Arts in 1989 Fang has continued to experiment with woodblock prints, a medium he pursues with incredible vigour, using an electronic cutting tool rather than traditional small knives and gouges. Some of these works have been on a monumental scale, extending for seven or eight metres across multiple panels. Such pieces have been exhibited, and often acquired, by institutions such as the Museum of Modern Art, New York and the Centre Pompidou in Paris.

With the exception of the pig, in homage to the Lunar New Year, the vividly coloured prints being shown at Vermilion concentrate on faces. There are 10 obvious self-portraits but the other prints are also dominated by shaven-headed figures that bear a superficial resemblance to the artist. One portrays a man with tears streaming down his face, in others we see groups of faces smiling and laughing. Even if the laughter is tinged with hysteria, by Fang’s standards these are remarkably festive pictures.

In the largest work in the show, simply titled 2016, a crowd of bald-headed men tilt their heads and stare skywards. Mouths hang slightly open in anticipation – but of what? They might be watching New Year fireworks or a political rally, perhaps a soccer match on a big screen. Whatever they are looking at, they are completely engaged. Standing in front of this work we absorb the image of these eager spectators and try to imagine the object of their fascination. We do exactly what the men in the print are doing, and this is Fang’s point: today we are all watchers, all eager consumers of spectacle. It’s not clear whether this is a substitute for action or a necessary prelude. Either way it’s an activity that sucks up much of our lives. No longer yawning, no longer smirking, Fang’s characters – and his audience – are now all attention. 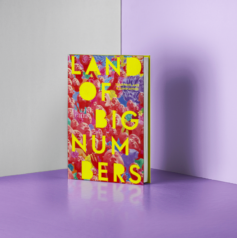 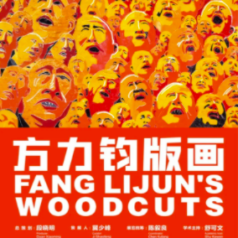 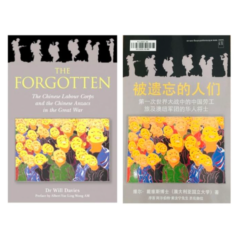 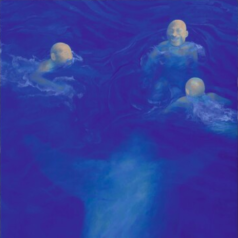 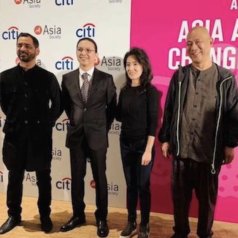 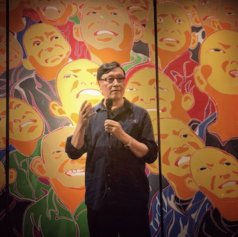 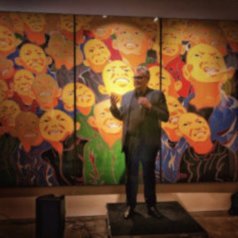 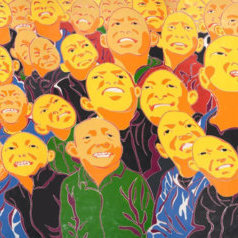